2021 Audi R8 is Probably the Most Affordable, Lightweight Vehicle

When it was originally launched, Audi wanted to keep the car a limited edition and anyone who wanted to purchase it couldn’t do so.

Times have changed because the newly revealed 2021 Audi R8 is the lightest car around right now and it also happens to be much more affordable for most buyers. With so many great things, it is great to know that it is no longer a front-wheel drive or a limited edition car but is rather available for everyone to buy.

Many love to own a convertible car because of the luxurious finish and the overall outlook of the vehicle. The Audi R8 which was originally known as the RWS when it was launched as a limited edition offers a convertible option. On the inside, the car is quite similar to the past model but it does get upgraded to the latest V10 powertrain. The car is capable of delivering 532 horsepower combined with 398-pound feet of torque. The engine has been mated to a seven-speed dual-clutch automatic transmission system.

Before we delve deeper into its price tag which may or may not sound affordable based on your budget, the 2021 Audi R8 is a fast car and a great one at that. The vehicle can easily accelerate from zero to 60 miles per hour in just 3.6 seconds. The top speed has been pegged at 201 miles per hour. The designing and engineering team had not only managed to make it lighter but have also improved the suspension and the axle of the car. All these elements when combined together deliver the best experience that buyers would love without having to spend a luxury premium that only a dozen people could afford.

In terms of design changes, the front and the rear bumper has been slightly modified. They still resemble the RWD edition launched by Audi. Yet, they are different in their own way including the newly added chrome exhaust tips. The air intakes and diffusers are painted black that combine to provide a distinctive look for the car. The RWD coupe is priced at $144,195 while the top of the line Audi R8 Quattro Coupe is priced at $170,000.

If you are looking for the very best of performance and ready to spend even more, the 2021 Audi R8 Quattro Coupe V10 Performance edition is the best money could buy. The particular model goes all the way up to $198,195. 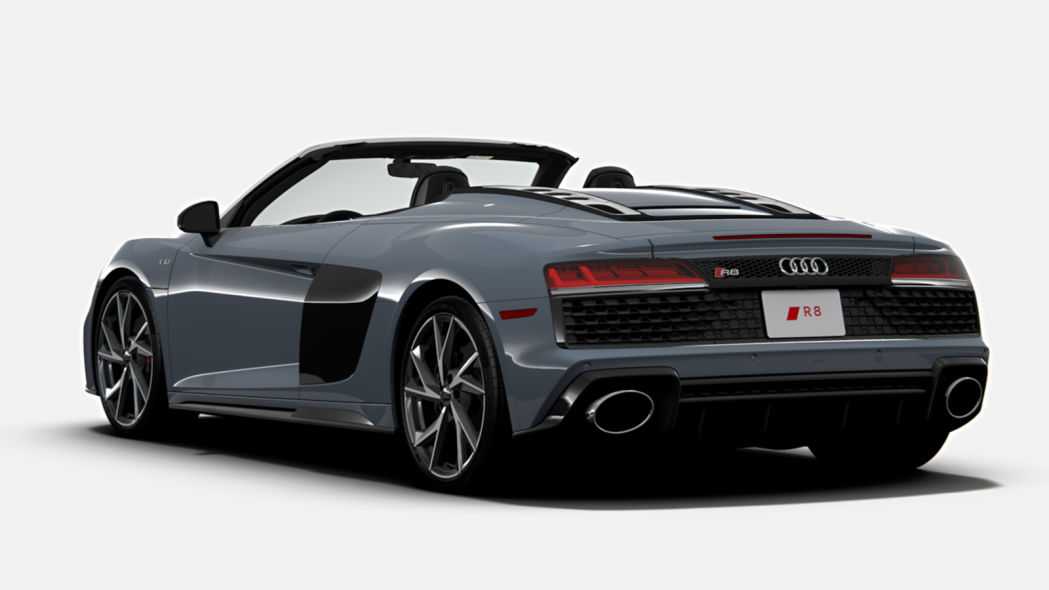