The 2021 Nissan Qashqai will be revealed in an event to be held in the month of February.

The official date has been announced by the company as it will be made available on the 18th of this month. The interesting aspect of this announcement is that we didn’t have to wait days to know about the key specs and the major changes about to be made to this vehicle.

Joining the many SUVs that Nissan already has in its lineup, the Qashqai will no longer be offered in a diesel edition. With the automobile industry moving towards an electric future, it is easy to understand why diesel is no longer a choice in most vehicles these days. This particular model will be delivered with a mild-hybrid technology which will be paired with a four cylinder turbocharged engine. For buyers who like to take the leap, the ePower hybrid system will be a powerful new addition to the variants offered with this variant.

For anyone who is not yet comfortable walking into the hybrid or the newer variants, a conventional 1.3-liter turbo engine variant is also being offered. This particular trimline is a perfect fit for people who are looking for an affordable solution but would like to keep things simple. All the variants surprisingly are going to feature a mild hybrid technology that you may not have to worry much about. It features a 12V system with a 48V battery and allows the vehicle to be easily started or switched off, unlike a conventional petrol engine.

The conventional 1.5-liter engine will deliver an increased power of 187bhp which includes the power rendered by the electric motor as well. The car generates about 243 lb-feet of torque and features a futuristic dashboard system. Improving the infotainment system and the dashboard functionalities is one of the top priorities for nearly every automaker in 2021. The idea is to make cars far more tech-savvy than they have been as they move from being mechanical products to digital, as companies like Apple are going to step into the industry in the near future.

The 12.3-inch instrument display should be more than enough to know everything at a glance. Your entertainment is taken care of by the 9-inch touchscreen display which supports both Apple AirPlay and Android Auto. The 2021 Nissan Qashqai aims to be a crossover vehicle that blends the best of sedans and SUVs in a comfortable interior which we can confirm when it gets launched this month. 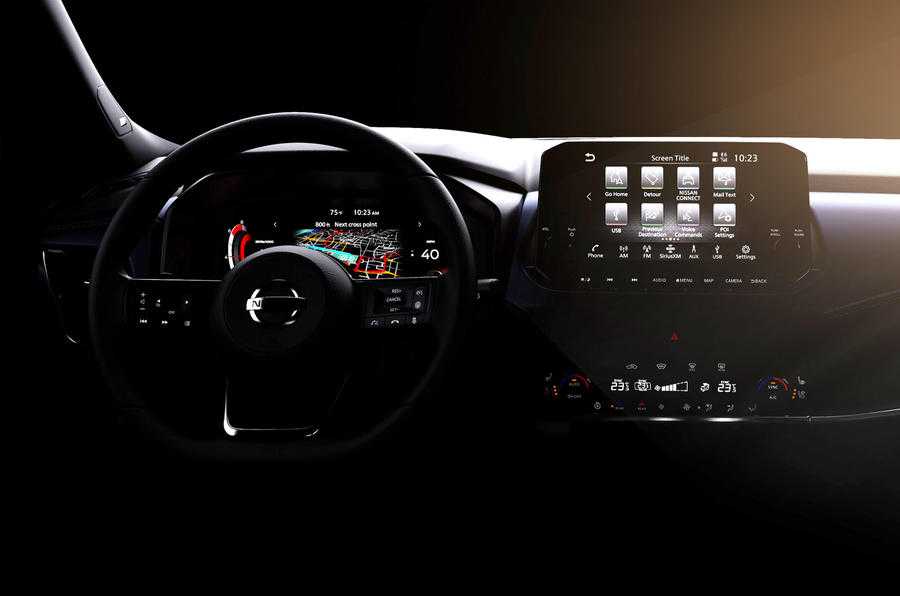