Being a grand and more of an affordable large SUV for the masses, the 2021 Toyota Fortuner has hit all the right chords with their newest innovation.

Instead of making any major changes, the company has instead choose to keep things familiar yet unique in its own way. Besides, having three different variants including a diesel car that you could purchase opens the horizons for many buyers.

The facelifted edition of the Fortuner has been unveiled in Malaysia where the petrol powered variant will sell for RM 172,244. The style quotient of the car remains largely untouched as the variant spotted in Thailand earlier. The grille radiator on the front is much more muscular and beefy than it has ever been combined with dual LED headlamps. The daytime running lights are positioned lower for better vision in brightly lit conditions.

Among the models revealed by the company, the 2.8 VRZ edition has  a sportier look. The company refers to it as the Legender design which has the LED lights and DRLs arranged in such a way that they resemble an angry look. While the Toyota Fortuner is definitely not a compact or a subtle car by any means, the aggressive approach further makes it less appealing to the family crowd. Unless you are a big fan of long drive and need massive interior space, this could be for the unique buyers who love its aggression at every corner.

Revamped Design for the Facelifted Edition

The car is now equipped with 18-inch large wheels as the standard solution on all variants irrespective of the one you choose. The VRZ edition however stands unique because of the dual tone color finish being offered in it. There are plenty of new and interesting colors to choose from including a metallic finish on all of them including the phantom brown, silver and medium silver. The attitude black mica may have a dark appeal to it and ideally suits those who are interested in it.

Buyers opting for the VRZ can also choose to customize the roof with an all black panel if they prefer it to be. The dashboard looks nearly the same as the outgoing model. The equipment list is rather large but a quick overview should include the UMWT VTS, electrochromic rear view mirror and an ambient lighting system to set the mood inside the car.

The 2021 Toyota Fortuner is powered by a 2.7-liter four cylinder petrol engine capable of producing 166PS and 245NM. The 2WD and 4WD options are being provided based on buyer’s personal interest. The top speed is up to 100kmpl but for such a large car, it should be more than enough. 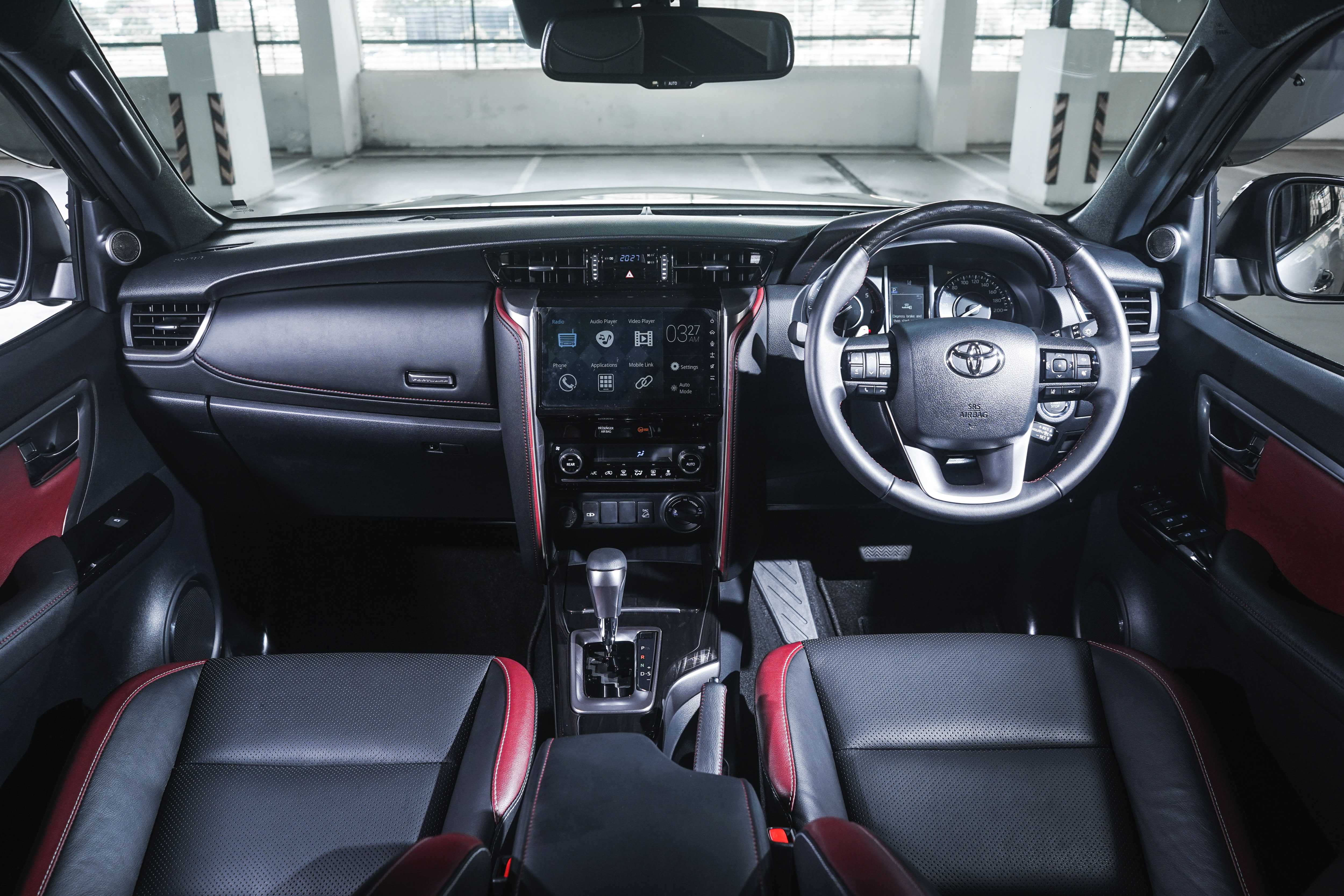