2022 Volkswagen ID.4 Showcases a Strong SUV Contender in the Making

The 2022 Volkswagen ID.4 is an exciting and promising new venture not just for the brand but also for buyers who are keen to adopt the new electric vehicle hype.

When major automobile brands deliver on their promise, it would easily convince more people to get onboard and associate themselves with an all-electric vehicle.

This particular model was unveiled by Volkswagen in an event last September and it is being speculated that they are going to launch a coupe variant in 2021. While it may not release in the first quarter due to production delays and other stuff, it should definitely be out before the end of next year. The launch date and the kind of technology that went into the car has earned it the model to be associated with 2022. Besides, for all major local showrooms in different countries other than Germany to receive it might take more than a year because VW wants to make sure they got it right.

So far, we have multiple prototypes that showcase the new SUV to be one of the more futuristic and promising entries from the brand. According to official sources, the new car is being designed on top of the MEB Modular EV platform that Volkswagen engineers have been building for years. These platforms will serve as the base for multiple cars when they get eventually released in the next five years. Similar to other automobile brands, VW want to bring out a lineup of cars in the all-electric category including sedan, SUVs and compact models. The varied pricing will allow them to cover up the needs of buyers in different segments.

Also Read: Tesla 2021 Model 3 Hatchback is in the Making to Beat Volkswagen ID 3

The interior is as futuristic as it could get with a white finish combined with a large 10-inch infotainment system. The total cargo area of the vehicle is measured to be at 64.2 cubic feet. The 2022 Volkswagen ID.4 is powered by a 82-kilowatt battery that can deliver a solid 302 horsepower, making it one of the most powerful and reliable everyday SUV on the road. The pricing is yet another impressive aspect for the premium edition which will be approximately $41,190 when it gets launched in early 2021.

With all major brands competing in the EV scene, Tesla has to cope up their production and deliveries so that they don’t get lose in this stiff competitive environment. Volkswagen seems to have got the pricing right too. 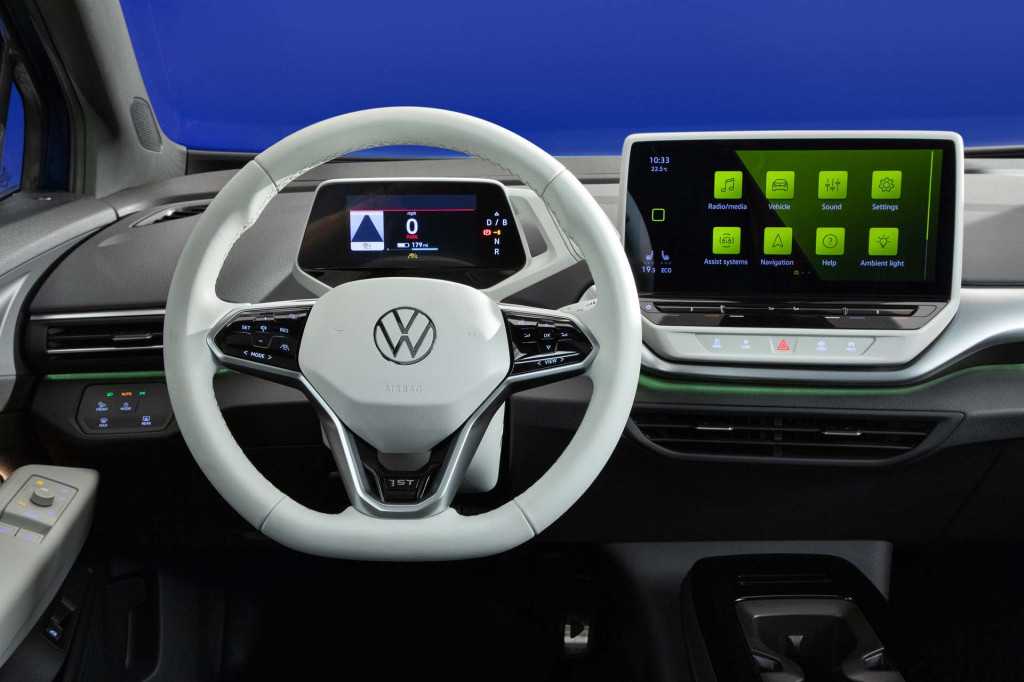