The luxury car is similar to the manufacturer’s usual A4 prototypes with the striking difference being the quad exhaust. The spy photos highlight that the wagon will have an ICE finale complemented by an evolutionary design. The rear of the car is more camouflaged than the front, making the design less easy to comprehend the design. The quad tailpipes are clearly visible that hint the car could be a model from the manufacturer’s S series of cars.

The exterior of the Audi S4 Avant is speculated to portray contemporary styling. There is very less information on the exterior front. However, the car is said to have a very sloped roof and a sharp shoulder line along with flush door handles. 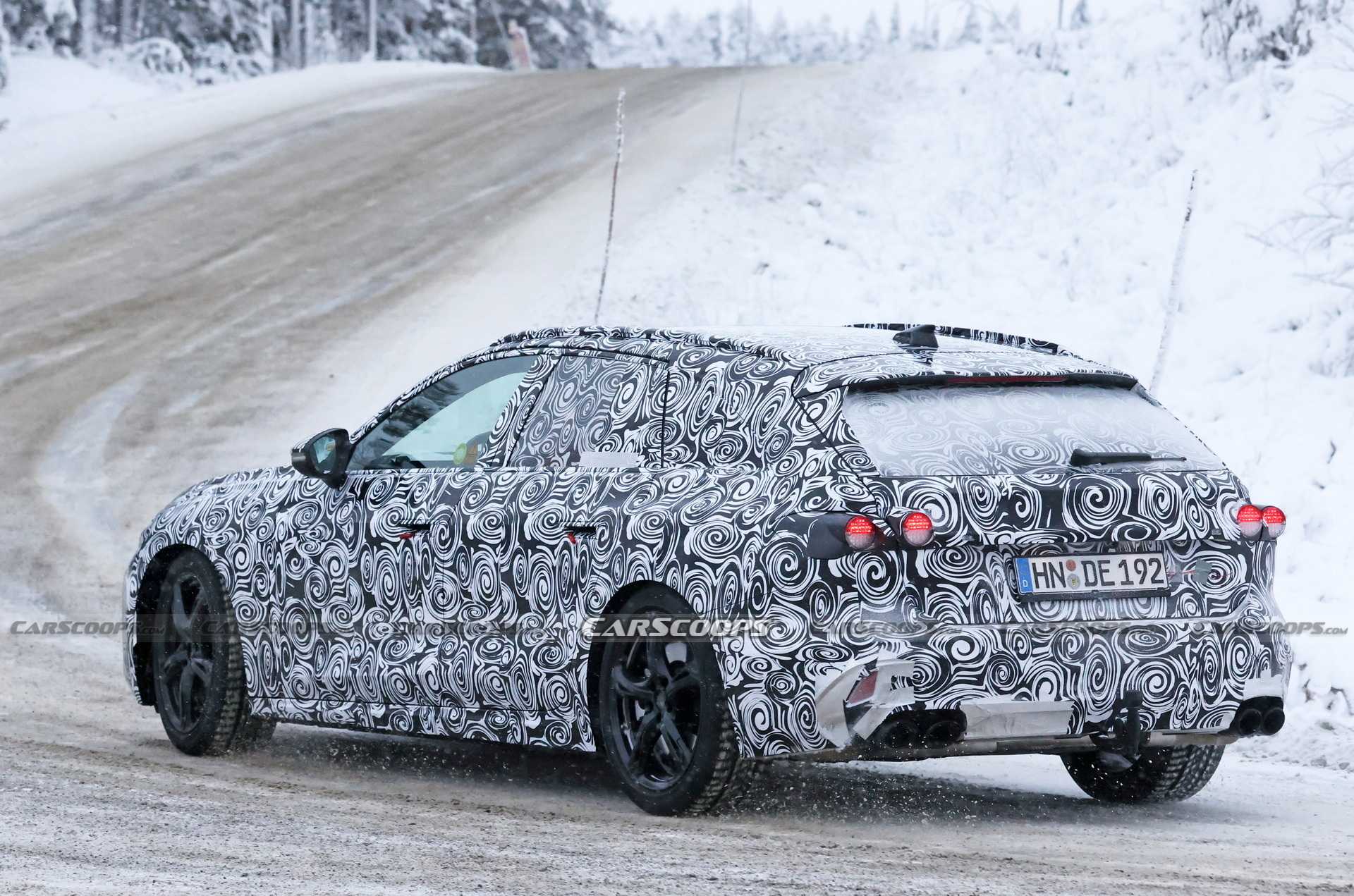 From the spy photos released in the past, it can be expected that the car will sport a 4-spoked squared-off steering wheel like the one in the manufacturer’s A8 model. The 2024 Audi S4 Avant wagon will also have a center console with a simplified design and revised switchgear along with capacitive touch buttons for activating its door controls. The spy photos also highlighted two iPad-style screens on the dashboard. One of these screens will be for the infotainment system while the other one is intended for the gauge cluster.

There is no hint as of now regarding what powertrain will be incorporated in the Audi S4 Avant. A study of the earlier prototypes released by the manufacturer indicates that the wagon will have at least a V6 engine. If there is anything to go by how some components are positioned around the engine, there is a possibility that the car will feature the same engine as that of the present S4 model with a few upgrades. There may also be a little hybridization too.

The current S4 sports a turbocharged 3.0-liter V6 engine that renders 368 lb-ft. torque and 349HP. Hence, it is only fair that the upcoming 2024 Audi S4 Avant engine meets at least these specifications or has a more powerful engine. If the car is going to opt for a diesel engine to target the Europe market, there is a chance that the car will come with at least 516lb-ft. torque and 342HP.

When will the Audi S4 be released?

It is expected that the manufacturer will unravel the car sometime in early 2023. Going by the usual logic adopted by Audi, the regular A4 will be unveiled first, followed by the 2024 Audi S4 Avant. The car is expected to hit the market in 2024.