2024 BMW i5 M60 Electric Car to Have Several Interesting Features

The German-based luxury car manufacturer BMW has released several camouflaged prototypes of its electric cars including the electric 2024 BMW i5 M60.

Like many other car manufacturers, BMW is also leaning heavily towards offering electric cars for its customers with its new 5 series. Although the manufacturer has not officially announced the names of its upcoming i5 models, earlier reports and sources indicate that the BMW i5M60 is one of them.

Read Also: 2023 BMW XM Seen in Toronto Red – Everything You Need to Know

The BMW i5 M60 is likely to have a flexible architecture. The car is expected to have the same power output and incorporate the same battery technology as the manufacturer’s earlier i4M50. The performance will also be on the same line.

One major aspect that will make the 2024 BMW i5M60 different from its predecessor is the inclusion of instant torque in the car. Another key difference is the 600HP at the front and rear axles. This means that all four wheels will receive almost the same 600HP which is way too powerful for an electric train.  This will make the car faster and move at a speed of 60mph. 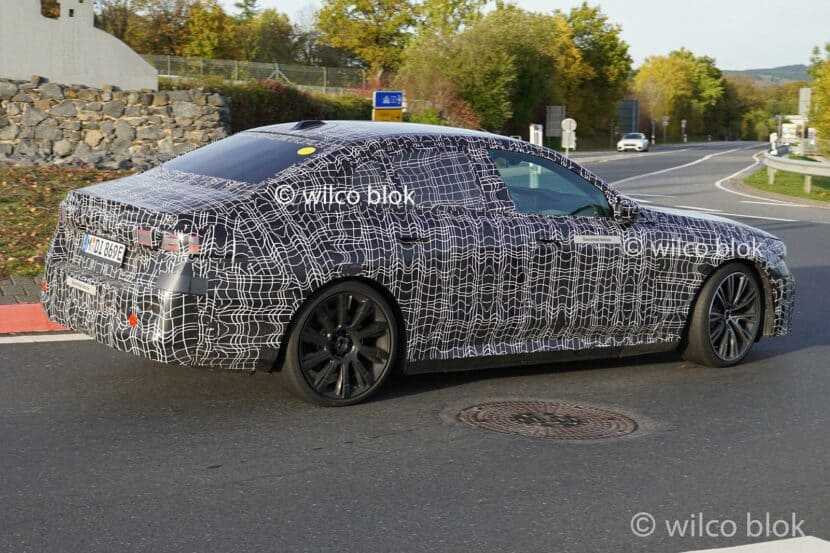 The 2024 BMW i5 M60 electric car has several other exciting features. The car will have better or at least similar levels of torque as that of the manufacturer’s iXM60 – 811 variant. On the weight front, the car will be much lighter than the bulky iX crossover. The low center of gravity will help the car drivers to experience almost the same driving dynamics as that of the top-selling i4M50.

The i5 M60 is speculated to replace its physical buttons with touchscreens. The gear selector is also going to be visibly smaller and the steering wheel will also have only two scroll wheels.

The i5M60 is expected to be a clear winner over the i4 for more than one reason. The interiors will be plusher than in the i4 and the car may even have some of the exclusive features that the manufacturer rolled out in its i7 model.

The i5 lineup is likely to be better than its predecessor in terms of trim choices, leathers, and materials. The 2024 i5 BMW i5 M60 will also have improved cargo space and may have a long wheelbase.