The Consumer Electronics Show (CES) 2023 saw a production model of the 2024 Volkswagen ID.7 revealed by the Wolfsburg-based automobile manufacturer.

While the electric vehicle appeared camouflaged to conceal its final design until the time of release, the interiors of the car on display were fully functional.

The ID.7 is all set to be the electrical counterpart and taller version of the manufacturer’s Passat model that runs on gas. In terms of design, the ID.7 bears a striking similarity to Volkswagen’s very own ID Aero, which was well-appreciated.

Based on the spy photos of the Volkswagen ID.7 released earlier and the showcased VW ID 7 prototype model, there are some guesses as to how the renderings of the car would look like. 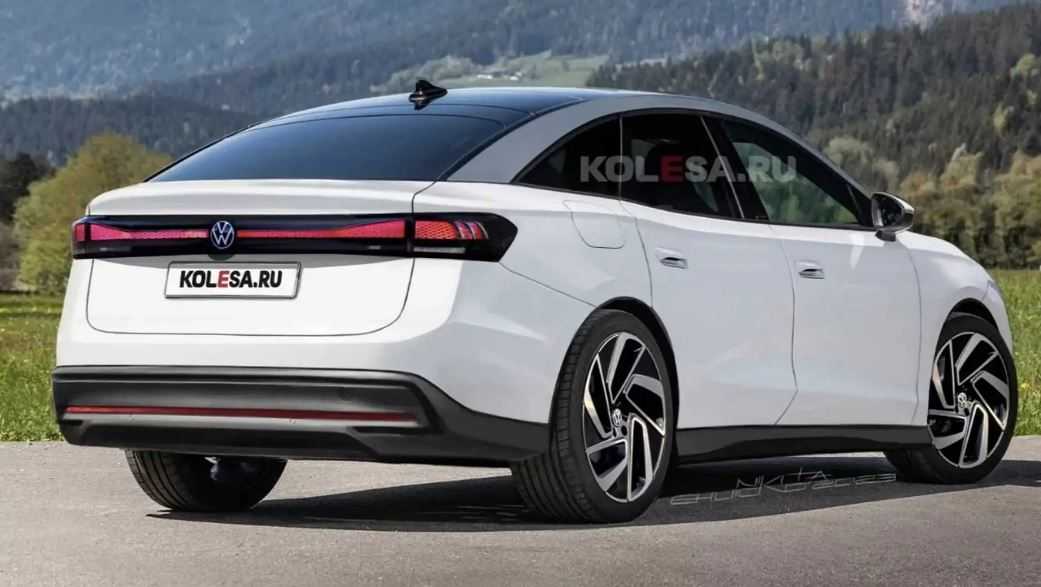 The long appearance also indicates that the 2024 VW ID.7 is likely to have a lot of interior space. The steering wheel design appears to be very much like that of the ID.4 model although the touchscreen is larger and styled like a tablet. Despite the claims of the manufacturer on working on its infotainment user interface, the one displayed in the production model still appears to be a messy UI. The car will have a wide trunk opening and its 119.6-inch wheelbase ensures that it will feature quite a roomy passenger compartment.

Read Also: 2024 Volvo EX90 Launched in the United States with the Standard Lidar

A close look at the camouflaged model gives an idea of how the bumpers and clusters of the electric car will appear along with other details. The renderings also indicate how the headlights are shaped and integrated into the dashboard of the car. The positioning of the rear lights around the corners is also clearly visible. It is expected that the ID.7 will sport a full-width light bar in the back with the VW badge in the center. The car is also likely to have a typical sedan-style trunk, although the car by itself is touted to not have the typical traditional sedan look and will be a five-door hatchback. 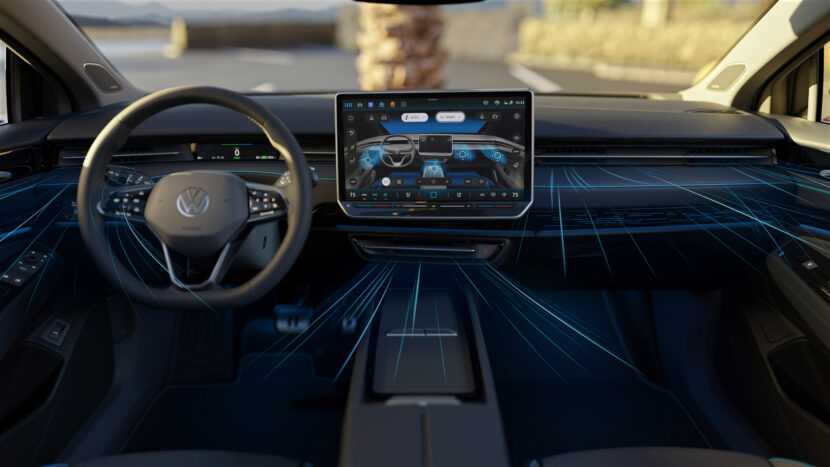 Slightly longer than the Passat, the 2024 Volkswagen ID.7 will incorporate the manufacturer’s updated MEB+ platform which is an advanced version of the MEB platform used in the ID 4 model. This updated platform will give the ID.7 several added advantages like better efficiency and more range along with higher-density and larger battery packs. It is speculated that the car will offer a range of up to 435 miles.

What does ID in VW mean?

According to Volkswagen, the term ID is an abbreviation for Intelligent Design, Identity, and Visionary Technologies. The ID series of cars is the manufacturer’s first set of electric cars. Volkswagen has different types of cars like the hatchback, van, sedan, and crossover SUV in its ID portfolio.

How many VW ID models are available?

Volkswagen has released four ID models before the upcoming Volkswagen ID.7. The first ID vehicle to be released by the manufacturer was the ID.3, a hatchback, in September 2019. The latest ID vehicle was the ID.Buzz and was classified as a van/minivan that hit the roads in March 2022.

What is the next Volkswagen ID?

The next Volkswagen ID is the 2024 Volkswagen ID.7. The manufacturer has three other models apart from the ID.7 planned in its pipeline for a 2023 release. These are ID.1 (a hatchback), ID.2 (a crossover), and ID.7 Tourer (an estate).